Spanish courses in Cáceres at the best price. 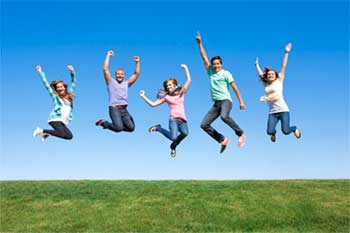 Cáceres is a city with a great deal of national heritage; ideal for studying a Spanish course. In our Spanish school in Cáceres you can opt for intensive or semi intensive courses all year round. Our courses range from 4, 10, 12 or 25 hours a week, depending on your preferences.

We also offer the opportunity to take individual classes which are entirely adapted to your needs and allow you to maximise your stay here. Our teachers are more than willing to travel to students’ houses and offices.

In our classes we place a particular emphasis on the communicative aspects of the language such as comprehension and oral expression. The classroom activities are based on real life daily events. We look to encourage the participation of students, as well as interaction between them. We find this is the best way to ensure a rapid and extensive assimilation of the language. We look to build upon and strengthen the previous knowledge of the student with our in class exercises.

The School in Cáceres is situated in the centre of the city, alongside the Old Town, as well as shopping areas, bars and restaurants. Our school has several classrooms, a library, a lounge, offices and an audio-visual classroom. Moreover, we have free Wi-Fi for our students.

Our school organises cultural activities that can be combined with your Spanish course.

The following is a list of some of the activities that you can enjoy in Cáceres:

In Cáceres you can choose between various accommodation options:

-Host family: The best way to get to know the daily life, culture and customs of the country, whilst learning and practicing the language. You can choose between full and half board. The cleaning of your room and laundry are taken care of by the host family

-Shared apartment: with Spanish people or other foreign students.

-Hotel: There are a wide range of hotels in the city, we can help you make a reservation.

Cáceres is a charming and historic city. There are more than a dozen towers in its Old Town, with city walls of Moorish origin. Cobbled streets bordered by medieval houses and renaissance palaces make up an enchanting collection of architecture, declared as World Heritage by UNESCO. The history of this city is linked heavily with the ancient pilgrimage route La Vía de la Plata, a Roman route that unites Sevilla and Astorga, and continues up to Santiago de Compostela.

Cáceres has a medieval quarters with palaces and ancestral houses which can be distinguishes by the various coats of arms that they bear. The Plaza de Santa María is surrounded by palaces. One of them is the Carvajal. The Palacio de Mayoralgo, built in the 16th century, is the biggest in the city, with an interior courtyard with arcs built from brick. The Palacio Episcopal is another highlight.

The Concatedral de Santa María is a 15th century gothic structure. The temple is has 3 naves, with tombs. The principal altarpiece with a set of chairs, of plateresque style, is a highlight. In the neighbouring plaza of San Pablo you can find the Casa de los Cáceres-Ovando, from the 15th century. Attached to the building is the Tower of Las Cigüeñas. One of the most beautiful examples of this city’s architecture is the Palacio de los Golfines de Abajo, built in the 15th century. Its added renaissance façade jumps out, as well as the addition of overlapping gothic and Islamic elements, and the plateresque cresting added in the 17th century.

Outside of the city walls, a magnificent set of stairs that runs up to the Plaza Mayor. In the vicinity you encounter the Palacio de Godoy, constructed in the 16th century, renaissance in style, with an attractive balcony. Next to this noble house the Church of Santiago lies, founded by the order of the ‘Fratres de Cáceres’, an ancestor of the previous Order of Santiago.

The cuisine in Cáceres is a highlight. Pork based dishes are a focal point, with the local recipes caldareta de cordero and migas, both being stand out tradition dishes. Lassopas canas (bread, olive oil, pepper and garlic) and the ropavieja (beef in egg and tomato sauce) are also popular.

Sign up with us and we look for the best Spanish course at our partner school in Cáceres.


If you have any questions relative to this course makes your consultation through this form:

In fulfilment of the regulations in force on the subject of personal data protection, the user is informed of the existence of an automated file, which is the property of Schools & Courses SL, with personal details that we may have been provided with during the course of your navigating our website, when intending to arrange your course request.

The user will have to complete the forms with true, exact, full and up-to-date details, with the management reserving the right to not provide their services to those users registered under false details, without harming any legal action that could proceed.

Schools & Courses SL is obliged to comply with the obligation of safe-keeping files, and will adopt the necessary steps in order to avoid disturbance, loss, treatment or unauthorized access, taking into account at every moment the current state of technology.

In the case that the transfer of details to other bodies may be considered suitable, the user will be explicitly informed of the intention for the file, of the transferred details and the name and address of the transferee, so that they may give their irrefutable consent to that respect.

Finally, Schools & Courses SL informs you about the possibility of exercising your access rights through a written request directed to the following email address: info@closeteachers.com or to Schools & Courses SL, C/Carretera Bóveda, Edificio 6 - 01427 Corro (Álava) Spain: in the request the user's name(s) and surnames(s), proof of address and a photocopy of a national identity card or passport must be made clear. In the case of representation it must be accredited by a reliable source.

The personal details that are supplied to us will go on to form part of an automated file that is the property of Schools & Courses SL.

The user authorizes the treatment of their personal details that they have voluntarily submitted in order to be able to provide the entrusted services, and gives their express consent to receive information that publicises our new services and offers, by any means, including email.

Likewise the user gives their consent for Schools & Courses SL to transfer their details to associates and collaborating companies, such as with those other businesses or physical or legal persons agreements are arranged to provide a better delivery of service, respecting the Spanish legislation about data protection.

In any case, you are able to exercise your access, correction, cancellation or opposition of agreement rights according to the 15/1999 Act of Personal Data Protection, personally directing your request by email to info@closeteachers.com or via a written request to Schools & Courses SL, C/Carretera Bóveda, Edificio 6 - 01427 Corro (Álava) Spain.