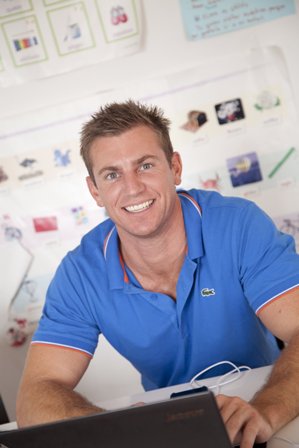 I spent a total of 6 months taking Spanish classes through Closeteachers. My experience
was great because I realized that if I wanted to learn Spanish for good, I had to live in
the country for a while. The classes were dynamic and I met several people my age. I
am 24 years old and I come from Australia. My name is Peter and I’ve always had this
desire to learn Spanish. The process was much easier than anticipated. The most
complicated thing was taking the decision to come to Spain. Subsequently, getting the
visa was quick and easy.

The school made the process a whole lot easier in preparing
me for my stay in Spain, including arranging my health insurance. I later made an
appointment with the Spanish consulate and everything was in order for my departure.
In my opinion, the most difficult thing was choosing the city in which I wanted to live
for the next little while. I didn’t want a big city nor a small one, something in the middle
and that had good communications. In addition, I wanted to travel a little throughout
Spain during my free time.

It was important for me to choose a school accredited by the
Cervantes Institute because I wanted a school recognized for its higher caliber. I did a
test to determine my level of Spanish and was assigned to a class. From the very start,
all were very friendly, not only at the reception but my classmates also. After classes,
we had optional cultural activities to learn more about the city and Spanish culture. I got
used to “Spain Time”. My advice for new students is to learn more about the traditions
of the country before arriving; more specifically, once in Spain, to remember the word
“tarde” meaning late: late for lunch, late for appointments, late for sleeping, etc. The
more my Spanish improved, the more I gained self-confidence. It’s a unique experience!
Being able to close your eyes and spend time in a country without worrying about
anything else is just like skydiving.

I chose to stay in a Spanish host family at first then
made the switch to shared apartment so I could meet people my age and enjoy the
Spanish nightlife and parties. There is such a great variety and I had a great time. I went
out almost every day which made going to class more difficult but it was always worth
it! I wanted to immerse myself in the Spanish culture right from the beginning and so,
that meant going out partying, of course! I can’t recommend enough choosing long term
Spanish course to learn the language. It’s worth it. You end up saving money and if
you’re motivated, you’ll experience one of the most rewarding experiences that
promises to change your life.