The factors that make Bilbao top destination to learn Spanish 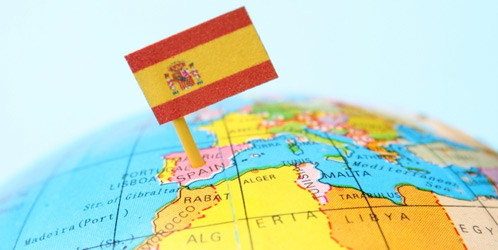 Spanish is the third most spoken language in the world after Mandarin Chinese and English. It is estimated to have about 480 million first language speakers (L1) and about 90 million who speak Spanish as their second language (L2). Spanish is an official language of the United Nations as well as the European Union. It is the official language in 20 countries and widely spoken in the United States. It is one of the most in-demand languages for translation services.

More than 21 million students worldwide study Spanish. While many students take Spanish language lessons in classroom settings, there are also several schools that offer online courses and some do it leisurely by taking free Spanish lessons online.

To open new job opportunities, workers and students are advised to learn a foreign language. With Spanish being one of the most sought after language skills, take the initiative and start learning the language. Experts also say that language immersion is better because you not only learn to pronounce like a native; you also learn to appreciate the culture of the country where the language is spoken.

Taking six months to a year off to learn Spanish, wouldn't it be great to spend it in another country, where you'll learn the language, play tourist and enjoy the local culture? A good place to learn Spanish is in Bilbao, Spain and there are several reasons why your stay there would be worth it.

Get to know Bilbao

Bilbao is a metropolitan location in northern Spain, at Basque Country. It's home to over a million people. It's the Bay of Biscay's center of the socio-economic development and modernization. The dynamic city is famous for its wonderful infrastructure and architectural marvels such as the Guggenheim Museum, the airport at Calatrava, the Norman Foster's Underground (subway network) and the Euskalduna Conference and Music Center. The picturesque location makes it an ideal place to live or visit. Visiting Bilbao and staying there a while to study Spanish will give you a wonderful experience. Here are some of the reasons.

You might be thinking why study Spanish in Bilbao, which is part of the Basque country where they speak Basque or Euskara? Linguists call Basque a language isolate so it has no relation to Spanish. While it is an official language in the region, so too, is Castilian Spanish. In the metropolis, you'll be hearing more Spanish than Basque. There are several reasons as well why you'll benefit from learning Spanish in the area.

• There is a growing population of bilinguals in Bilbao. Spanish is widespread and almost the whole population knows it. The vast majority speak Spanish the entire time.

• Spanish is a language where you pronounce the words as they are written. In Bilbao, you'll be hearing a variant of Spanish that is very easy to understand. Native Spanish speakers tend to speak rapidly. In Bilbao, the Spanish speakers neatly and clearly articulate every vowel of each word.

• The only exception is that they tend to lose one letter in words that end with ''-ado.'' Instead of saying ''comprado'' that translates to ''bought,'' you'll hear ''comprao.'' The word ''forgotten'' is ''olvidado'' in Spanish. The natives of Bilbao pronounce it as ''olvidao.''

If you remember this exception, then you'll find it easier to speak Spanish with them, which will train your brain and your tongue to pronounce the Spanish words correctly. In Bilbao, you'll appreciate the way Spanish is spoken with the required intonation and rhythm and the excellent correction and clear diction of Spanish speakers.

While many tourists go to Madrid, Seville or Barcelona, Bilbao is also an international city that is an alternative to the often-crowded major destinations in Spain. You'll be able to learn Spanish easier, but you'll never be too homesick because there will be opportunities to meet people who speak your own language.

But as you spend time interacting and conversing with everyday people in Bilbao, you'll be more at home with the friendly people in the city that you'll not seek out people who speak your native tongue. You'll be able to concentrate on your language lessons and have all the opportunities to practice the language.

Bilbao's nature and landscapes are so picturesque that you'll immediately fall in love with them. There are beautiful mountains that offer miles and miles of hiking paths, with majestic views. The city is very near the coast as well where you can surf and swim. Many of the resorts in Bilbao are accessible by public transport.

You might forget to diet when you're in Bilbao, as the city's a gastronomic haven. Its regional cuisine is recognized internationally. One of the first things you'll likely order is pintxos or tapas, downed with some good wine.

After Basque tapas, graduate to more mouth-watering Basque dishes such as squid cooked in its own ink, the classic marmitako (tuna and potato stew), bacalao al pil (cod fried in olive oil and garlic), alubias (beans, especially those coming from Tolosa with their distinct blackish and reddish color). A fine ending to any meal is the traditional Basque dessert, pastel Vasco, a spongy or crunchy cake filled with fruit such as cherries and crème pâtissière.

Bilbao's dining scene is world class. Several eateries in the city are Michelin-starred, even beating Paris. Visit the Mercado de la Ribera's food halls or the eateries along Plaza Nueva. Enjoy the atmosphere of Bilbao's numerous cafés and wine bars, where you'll have more chances to chat and practice your Spanish or even catch up on local gossip.

If you make a friend in Basque, he or she would be your friend for life. Basque people are very warm and welcoming and they will go to great lengths to make you feel at home. They'll talk to you, embrace you, in all probability, invite you to their homes, and include you in their plans to meet with friends. Basque people enjoy showing their city to visitors. They will definitely tell you where to dine and have a taste of the famous Basque cuisine.

Even if you are not that fond of architecture, seeing the glistening Guggenheim Museum with its titanium cladding will astound you. It's the city most recognized icon. Not to be outdone are other designer icons, conceived by great architects. You'll find a former storage warehouse that was converted by Philippe Starck into a fine cultural center called the Azkuna Zentroa. Santiago Calatrava designed a soaring bridge named Zubizuri.

Aside from the modern architectural pieces, there are a number of architectural beauties from the past, including strikingly prominent cathedrals, an art nouveau train station, a neo-baroque theater.

Aside from these, the city's parks and plazas are all beautiful. Spend your early mornings, middays or afternoons at Parque de Doña Casilda de Iturrizar or look at the cityscape from the Artxanda.

These are just the top five reasons to study Spanish in Bilbao. There are more reasons than these, actually. Bilbao is a mix of modern methods and old traditions. It provides a unique experience that will help you learn Spanish in a setting that is conducive to assimilating the language and culture all at once. Plus, the new international airport is a short distance away. It offers flights to major European cities like Brussels, Lisbon, Frankfurt, London, Paris or Rome. Further, the French border is nearby, so the Pyrenees ski resorts are very accessible.

Author Bio:
Sean Hopwood, MBA is founder and President of Day Translations, Inc., an online translation and localization services provider, dedicated to the improvement of global communications. You can visit their website if you need Spanish translation services.